Americans Concerned About Their Weight, but Don’t Understand Link to Heart Conditions and Overall Health

Cleveland Clinic survey finds most Americans don’t know their BMI, or that excess weight tips the scales for common heart conditions like coronary artery disease
A Cleveland Clinic survey finds that while most Americans (88 percent) understand that there is a connection between a healthy heart and a healthy weight, most aren’t doing enough – or anything – to combat their own weight issues.  The survey found 74 percent are concerned about their weight and 65 percent are worried about getting heart disease due to extra pounds, yet less than half (43 percent) of Americans have tried to make dietary changes to lose weight and 40 percent of those who describe themselves as overweight or obese say they aren’t careful about which foods they eat.
Part of the problem may be that Americans aren’t sure what to eat for heart health. Nearly one-in-five (18 percent) believe their diet has nothing to do with their heart health, and a mere 14 percent knew that a Mediterranean diet is healthiest for heart health. What’s more, nearly half of Americans (46 percent) believe using artificial sweeteners is a healthy way to lose weight despite studies showing they don’t promote weight loss.
The survey also revealed Americans don’t fully understand the impact excess weight has on their heart and overall health. The overwhelming majority of Americans (87 percent) fail to link obesity to cancer or atrial fibrillation (80 percent). More than half of Americans also don’t know that obesity is linked to high “bad” cholesterol levels (54 percent) or coronary artery disease (57 percent) and two-thirds (64 percent) don’t know it can lead to a stroke.
“The survey showed that Americans associate being overweight or obese with poor health, but they are not making the link between excess weight and stroke, cancer and heart disease,” said Gary Shifrin, MD, Cardiologist at Cleveland Clinic in West Palm Beach. “There is more we can do to motivate our patients to exercise, lose weight and make better food choices that will improve their heart health and quality of life.”
Eighty-four percent of Americans say they have tried at least one weight-loss method in the past. About one-third (30 percent) say they typically stick with it between one week and one month. Americans cite dislike of exercise (24 percent) and lack of time (22 percent) as their main barriers to maintaining a healthy weight. Most Americans also believe their metabolism is detrimental to weight loss – 60 percent of women and 46 percent of men say their metabolism is working against them.
“Many people correctly assume that their metabolism plays a role in their weight loss efforts,” said Dr. Shifrin. “Rapid weight-loss diets can slow metabolism and have not proven to be effective over time. Patients can achieve greater success by working with their doctor or a registered dietician to develop a weight loss plan that incorporates healthy foods and exercise in order to achieve permanent weight loss and better health.”
Heart disease is the No. 1 cause of death in the United States and around the world. The survey was conducted as part of Cleveland Clinic’s “Love your Heart” consumer education campaign in celebration of American Heart Month. Cleveland Clinic has been ranked the No. 1 hospital in the country for cardiology and cardiac surgery for 24 years in a row by US News & World Report.
Additional survey findings include:
•All fat is not created equal: When it comes to body shapes, almost half (45%) falsely believe that all types of fat put you at equal risk for heart disease; however, numerous studies have shown that fat stored in the abdomen is the most dangerous.
•Not feeling the pressure:  Most Americans say they are concerned about a family member’s weight (62 percent), or them getting heart disease due to their weight (64%). However, for many, outside pressure to lose the weight doesn’t help. Fifty-seven percent say they don’t need others to tell them to lose weight because they already know they should. Baby Boomers (65 percent) are particularly resistant to others weighing in on their weight.
•Seeking medical advice: While 44 percent of Americans say they are most likely to turn to their physician for nutrition advice, only a quarter (28 percent) have told their doctor they’d like to lose weight. Even less (22 percent) say they’ve discussed heart health in relation to their weight with their doctor.
According to the CDC, nearly 40 percent of Americans, 93 million people, are obese, and even more are overweight.
For more information and complete survey results, go to:  clevelandclinic.org/loveyourheart
Methodology
Cleveland Clinic’s survey of the general population gathered insights into Americans’ perceptions of heart health and weight. This was an online survey conducted among a national probability sample consisting of 1,002 adults 18 years of age and older, living in the continental United States. The total sample data is nationally representative based on age, gender, ethnicity and educational attainment census data. The online survey was conducted by Research Now and completed between September 20 and September 28, 2018. The margin of error for the total sample at the 95% confidence level is +/- 3.1 percentage points.
About Cleveland Clinic Florida
Cleveland Clinic Florida is a nonprofit, multi-specialty, academic medical center that integrates clinical and hospital care with research and education. With locations in Weston, Fort Lauderdale, Coral Springs, Parkland, West Palm Beach, Wellington, and Palm Beach Gardens, Cleveland Clinic Florida has more than 250 physicians with expertise in 55 specialties. The medical campus is fully integrated and includes diagnostic centers, outpatient surgery and a 24-hour emergency department located in the state-of-the-art hospital. Cleveland Clinic Florida ranked #1 among the best hospitals in the Miami-Fort Lauderdale metro area and fourth in Florida in US News & World Report’s 2018-2019 ranking of Best Hospitals metro area rankings. Cleveland Clinic Florida is an integral part of Cleveland Clinic in Ohio, where providing outstanding patient care is based upon the principles of cooperation, compassion and innovation. Physicians at Cleveland Clinic are experts in the treatment of complex conditions that are difficult to diagnose. For more information about Cleveland Clinic Florida, visit www.clevelandclinicflorida.org. Follow us on Twitter and Facebook.
Post Views: 182

HCA EAST FLORIDA PROUD TO BE PART OF HCA HEALTHCARE, A 2021 WORLD’S MOST ETHICAL COMPANY 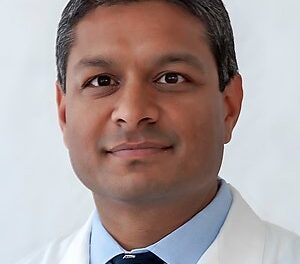