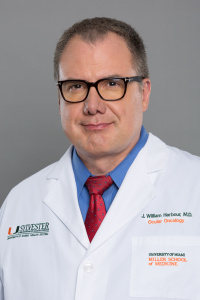 Researchers at the Sylvester Comprehensive Cancer Center in the University of Miami’s Miller School of Medicine, Moffitt Cancer Center and the University of Florida Health Cancer Center received a five-year, $3.95 million NIH grant to study how uveal melanoma spreads to the liver. This work was previously supported by two Florida State Team Science Awards, which provided early-stage funding to help the team progress to the larger NIH grant.

“There are two mutated proteins, Gaq and BAP1, that play a major role in uveal melanoma progression and metastasis to the liver,” said J. William Harbour, M.D., Dr. Mark Daily endowed professor of Ophthalmology, vice chair for translational research and director of Ocular Oncology at the Bascom Palmer Eye Institute, and associate director for basic science at Sylvester Cancer Center, who leads the Sylvester arm of the study. “How these mechanisms drive liver metastasis has never been comprehensively studied.”

Uveal melanoma affects the melanocytes (pigment cells) in the eye and is the most common adult eye cancer. Like most tumors, UM becomes increasingly deadly as it spreads to other organs, and for some reason, it especially focuses on the liver.

The scientific team, which includes Keiran Smalley, Ph.D., professor and Director of the Melanoma and Skin Cancers Center of Excellence at Moffitt Cancer Center and Jonathan Licht, M.D., director of the University of Florida Health Cancer Center, wants to understand how Gaq and BAP1 mutations pave the way for liver metastasis.

“Typically, people get a Gaq mutation first, but most of the time, the body gets rid of those proliferating cells and people end up with a nevus or a mole,” Dr. Harbour said. “But sometimes these cancers break through the body’s security measures, and one of those ways is through BAP1 mutations. We want to understand why these two mutations go together in uveal melanoma, because they really don’t pair up very often in other cancers.”

The researchers believe the body may be preventing significant tumors by forcing Gaq-mutated cells into senescence – essentially, putting them to sleep. BAP1 mutations may reverse that program, allowing Gaq mutants to wake up, proliferate and invade other tissues. However, nobody has fully investigated the specifics of this process.

Another important issue is why UM metastasizes so often to the liver. BAP1 may be implicated here as well. BAP1 mutations may influence a type of liver tissue called stellate cells, generating a protective niche for UM cells to nest, avoid immune cell surveillance and propagate into the liver.

“There may be common signaling pathways in the eye and the liver,” Dr. Harbour said. “These uveal melanoma cells could find a parallel environment in liver tissue that allows them to survive.”

The final step will be identifying molecules that can arrest liver metastasis. The team is looking at two epigenetic proteins that may be sensitive to BAP1 degradation (HDAC1 and HDAC4), adversely influencing gene expression in stellate cells. HDAC inhibitors may be a promising option to stop UM liver metastasis.

“We may be able to reverse the effects of BAP1loss in the liver, disrupt this stellate cell niche and improve survival,” Dr. Harbour said.

Effects of COVID-19 on the Healthcare Delivery System – The Good, The Bad, and the Ugly 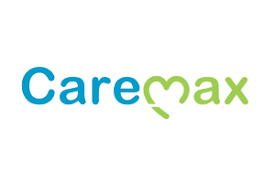