August 21, 2019–Sarah Christensen, a fundraising and development executive with a track record for orchestrating strategic growth in the area of philanthropy, joined the University of Miami this month as its new vice president for medical development and alumni relations. Christensen, will oversee philanthropic efforts at the Miller School of Medicine and UHealth
Christensen, who most recently served as senior managing director of development for Massachusetts General Hospital, will lead the philanthropic activities at the Leonard M. Miller School of Medicine, as well as for the University of Miami Health System (UHealth).

“Sarah is highly regarded among her peers and in the health industry, and we look forward to her joining our team,” Josh Friedman, senior vice president for development and alumni relations, said in announcing the appointment.
In her new role, Christensen will work closely with Dr. Edward Abraham, executive vice president for health affairs and CEO of UHealth, and Dr. Henri R. Ford, dean of the Miller School of Medicine. It also marks her return to South Florida where she has strong family ties. Christensen grew up in Boca Raton where her parents continue to reside, and her brother is a resident of Miami.
“I am delighted to be joining the University of Miami family, and being part of the diverse and culturally-rich South Florida community,” said Christensen.
During her seven years at the Massachusetts General Hospital, Christensen helped redesign the fundraising focus, which resulted in a significant increase in philanthropy for the cancer center and worked collaboratively with health care leaders at the Mass General Hospital for Children and 10 other Mass General departments.
Prior to Mass General, Christensen was director of development from 2009 to 2012 at The Greater Boston Food Bank and held various positions at Fidelity Investments in Boston from 2004 to 2009, including the position of vice president for marketing and segment management.
Active in the Boston community, Christensen has been involved with a number of civic and community organizations, and served as vice president, treasurer, and secretary on the board of directors for the Latin American Health Institute from 1999 to 2009. She was also involved with the Junior League of Boston and served on the board of directors for Girl’s Leap, an empowerment and awareness program for girls and young women.
Christensen has a bachelor’s degree in economics from Clark University and both an MSIS and MBA from Boston University Questrom School of Business.
Post Views: 322 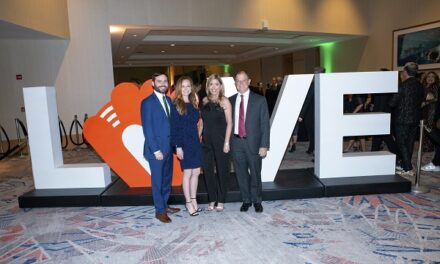