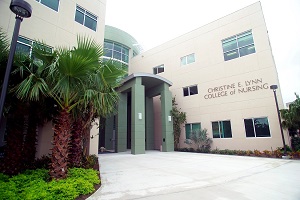 August 4, 2022 – The American Academy of Nursing (AAN) recently announced its selection of 250 distinguished nurse leaders to be inducted into the 2022 Class of Fellows. Among these newest fellows are Florida Atlantic University’s Safiya George, R.N., Ph.D., dean and professor; and Howard Karl Butcher, R.N., Ph.D., professor and director of the Ph.D. in nursing program, both in the Christine E. Lynn College of Nursing. In addition, the National League for Nursing (NLN) recently announced 20 distinguished nurse educators selected for the 16th class of fellows to be inducted into the Academy of Nursing Education. Among them is Kathryn Keller, R.N., Ph.D., a professor in FAU’s College of Nursing.
“Induction into the American Academy of Nursing and the Academy of Nursing Education is one of the most significant milestones in the nursing profession and in academia,” said Michele Hawkins, Ph.D., interim FAU provost and vice president for academic affairs. “We are extremely proud of Drs. George, Butcher and Keller for their numerous contributions in higher education, health care, public health and addressing health equity through innovation, practice, research, teaching and community outreach. They are being honored by their colleagues within and outside of the nursing profession for their past and current contributions.”

The inductees of the American Academy of Nursing will be recognized for their significant contributions to health and health care at the academy’s annual Health Policy Conference, taking place October 27-29 in Washington, D.C. This year’s conference theme is “From Reflection to Impact: Positioning Nursing’s Future.”

The newest fellows represent 35 states, the District of Columbia, Puerto Rico, the U.S. Virgin Islands, and 17 countries. George and Butcher are among only 14 inductees from Florida, and only four universities are represented within the State University System of Florida. In welcoming these fellows, the academy will be comprised of more than 3,000 leaders who are experts in policy, research, administration, practice, and academia that champion health and wellness, locally and globally. The college has 12 additional AAN fellows as faculty members.

Through a competitive and rigorous application process, the American Academy of Nursing’s Fellow Selection Committee, which is comprised of elected and appointed fellows, reviewed a record number of applications, representing a 30 percent increase from the previous year, ultimately selecting the 2022 fellows based on their contributions to advance the public’s health.

With the addition of the new fellows, membership of the NLN’s Academy of Nursing Education now totals 322 leading nurse educators who teach in a range of programs across the spectrum of higher education. They are affiliated with top-ranked teaching hospitals, academic institutions, and other organizations committed to advancing the quality of health care in the U.S. and globally. The Academy of Nursing Education fosters excellence by recognizing the wisdom of outstanding nurse educators. Following tradition, the induction ceremony will take place at the Honors Convocation, prior to the closing gala at this year’s NLN Education Summit on Sept. 30 in Las Vegas.

George joined FAU’s nationally and internationally renowned Christine E. Lynn College of Nursing in 2019, and is only the third dean to be appointed in the college’s 43-year history. She previously served as the assistant dean for research at the Capstone College of Nursing at the University of Alabama. She also served as a faculty in residence at both the University of Alabama with their Honors College and at Emory University where she led the “Bridging Academics, Service and Ethics” program. She is a board-certified adult nurse practitioner, and in 2020, she was inducted as a fellow of the National Academies of Practice. In 2018, she was inducted as a fellow of the American Academy of Nurse Practitioners.

Her primary research focus aims to promote the health and holistic well-being of individuals with or at risk for HIV/AIDS through evidence-based psychosocial interventions focused on social determinants of health. Her current research focuses on developing models to predict COVID-19 outcomes in collaboration with a team from nursing and engineering using big data analytics/data science, machine learning and artificial intelligence.

Her research has earned her a national reputation in the areas of holistic health, spirituality and HIV and she has received numerous honors and recognition for her work. In 2019, she was awarded the President’s Faculty Research Award at the University of Alabama. Her holistic approach to her research also has garnered her the international Daniel J. Pesut Spirit of Renewal Award in 2015.

From 2017 to 2021, George was elected to serve on the International Board of Directors for Sigma Theta Tau, the International Honor Society for Nursing, where she has held numerous leadership roles including chair, International Service Committee, elected member of the Leadership Succession Committee and vice president of the Epsilon Omega Chapter. She is currently an elected member of the Board of Directors of the Nursing Consortium of Florida and was recently elected to serve as chair-elect of the Florida Association of Colleges of Nursing.

George holds Ph.D. and MSN degrees from Emory University and completed a postdoctoral fellowship in religion and health at Duke University.

Butcher joined the FAU faculty in 2019 after serving on the faculty at the University of Iowa for 21 years. His scholarship focuses on the development of research and practice methods grounded in unitary and caring nursing science. His work includes serving as an author of four editions of the Nursing Interventions Classification (NIC). The 8th edition of NIC is currently in press and now comprises of 614 nursing interventions and more than 13,000 nursing activities. Editions of NIC he authored have been translated into 12 languages and are used globally to plan and document nursing care in electronic health care systems; research the impact of nursing interventions on patient health outcomes; and teach nursing care and clinical reasoning across all specialties and patient populations.

Butcher’s program of research focuses on testing a written emotional expression intervention, a journaling intervention, designed to enhance health and well-being in family caregivers was funded by NIH and John A. Hartford Foundation. He has published more than 64 journal articles, 33 book chapters, is a co-author of seven books, and 18 comprehensive gerontological evidenced practice guidelines. He has delivered more than 27 international keynote addresses.

Keller joined FAU in 1998 and teaches both undergraduate and graduate nursing programs. She is the graduate coordinator for the nurse educator concentration in the master’s program and is credentialed as a certified nurse educator. In addition, she serves as an advisor in the Ph.D. program and enjoys teaching at all three levels and across programs. Her research interests are related to electrocardiographic nursing concepts, interprofessional communication and teamwork as well as incorporating caring science into simulated teaching/learning scenarios. She was certified in critical care nursing for more than 20 years and remains current in teaching ECG nursing concepts. As such, Keller links all three of her areas of interest – caring science, interprofessional team science, and cardiac nursing concepts.

Keller’s interest in simulation led to her work formulating adult health simulation experiences grounded in a caring framework within the college. Currently, she is actively involved in developing and implementing interprofessional education opportunities with FAU nursing, medical and social work students.

She obtained a Ph.D. in nursing 1997, an MSN in 1985 and a BSN in 1978 from the University of Miami. Her first position was as a registered nurse in the emergency department at Jackson Memorial Hospital in Miami. She later worked in the surgical ICU at Grady Memorial Hospital in Atlanta and then returned to Jackson Memorial Hospital to work in the coronary intensive care unit where she followed her passion and interest in electrocardiographic nursing concepts. After leaving Miami, she taught acute care nursing at Shadyside Hospital School of Nursing in Pittsburgh. After returning to Miami, Keller accepted a critical care educator/organization development position at Mercy Hospital where she worked for more than a decade. At Mercy Hospital she coordinated advanced cardiac life support courses, taught 12-lead EKG and arrhythmia interpretation courses as well as open heart recovery and critical care courses.

Keller has numerous publications to her credit. Awards and recognition she has received includes the “Distinguished Teacher of the Year” for FAU in 2007 and the 2011 Daisy Award for Nursing Faculty awarded by the Daisy Foundation and the American Association of Colleges of Nursing. 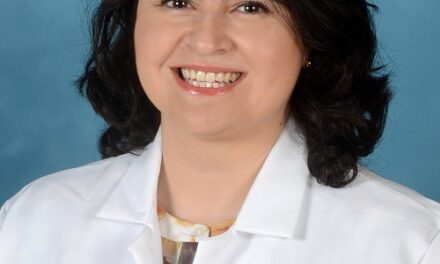