October 20, 2021 – Miami Lighthouse for the Blind and Visually Impaired has announced the initiation of the first collaboration between educators, medical professionals, researchers and service providers in the State of Florida, responding exclusively to Cortical Visual Impairment (CVI), the #1 cause of pediatric visual impairment in the developed world.

The CVI Collaborative was unveiled today at Miami Lighthouse’s See the Light Luncheon at The Biltmore Hotel in front of an audience of benefactors, stakeholders, elected officials and education professionals. The luncheon also featured the announcement of a $1 million challenge grant from a generous, anonymous donor to encourage matching donor support for the new CVI center.

“There are distinct differences in the appropriate diagnoses and responses to CVI-related visual impairments versus those for visual challenges directly related to the eye itself,” explained Miami Lighthouse President and CEO Virginia Jacko. “Early recognition of CVI and educational intervention can make a real difference in the quality of life for so many children – particularly early learners.”

CVI is a brain-based visual impairment caused by damage to the posterior visual system, including the visual cortex. In this way, CVI does not impact how the eyes see, but how the brain interprets what the eyes see. Unfortunately, CVI has too often been undiagnosed, has been misdiagnosed or has lacked proper follow-up care and educational intervention.

Recent research in visual neuroplasticity shows that functional vision in children with CVI can improve with early diagnosis, appropriate functional vision assessment, and specifically-designed individualized intervention. With proper care, children with CVI can make progress in how they access their visual world, literacy and math curricula and all other aspects of their learning.

The CVI Collaborative will conduct best practices through early assessment and education for students with CVI. Under the leadership of Francesca Crozier-Fitzgerald, an endorsed CVI specialist, Certified Teacher of the Visually Impaired and Board member of the Pediatric Cortical Visual Impairment Society, Miami Lighthouse for the Blind has established strong inter-professional collaborations with pediatric neurologists, pediatric ophthalmologists and optometrists in South Florida.

Miami Lighthouse also retained the services of Christine Roman-Lantzy, PhD, developer of The CVI Range® Assessment, to provide training to Miami Lighthouse Academy teachers to understand the visual behaviors and characteristics of CVI, while implementing appropriate environmental modifications and instructional strategies in the classroom. Her research, focusing on CVI and infancy, produced evidenced-based practice and guiding principles responsible for designing an educational approach to children with CVI.

The CVI Collaborative provides infants and school-aged students with:
• Post-diagnosis Range Assessment/Functional Vision Assessment and learning media planning for intervention;
• Early education-based intervention as a direct service to maximize the child’s opportunity to fulfill his/her educational potential; and
• Ongoing education and support for families and education teams, as well as community awareness regarding the unique needs of students with CVI.
Miami Lighthouse for the Blind and Visually Impaired – in collaboration with Miami-Dade County Public Schools, Early Steps and the Early Learning Coalition – offers an inclusive environment for pre-kindergarten students, and kindergarten, first grade and second grade for blind and visually impaired students. The Miami Lighthouse Academy pre-kindergarten enrolls students with and without vision impairment, promoting an inclusive program and resulting in a sense of belonging for all children and families. For more information about Miami Lighthouse Academy and its CVI Collaborative, contact Virginia Jacko at vjacko@miamilighthouse.org or 305-856-4176. 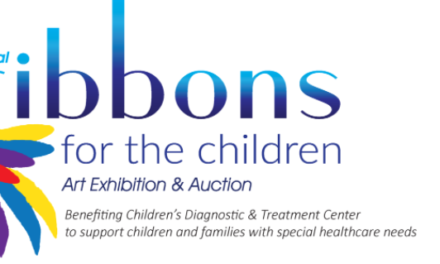