The New PIP Law — The Latest

The Judge issued an injunction on the new PIP law – What happens now?
So is the old PIP law in place or is the new PIP law?
– Yes, a Judge said the new PIP law was unconstitutional.
– Yes, the State appealed the Judge’s decision.
– Yes, the State is entitled to an automatic stay (basically a pause) of any order it appeals.
– Yes, the Plaintiffs asked the judge to vacate (get rid of) the automatic stay.
– Yes, it will be many months before this whole thing is resolved.
– Yes, the Florida Legislature and Governor Rick Scott said they will get rid of PIP completely if the Plaintiff is ultimately successful in getting the new version of PIP deemed unconstitutional.
We are all aware that a law suit was filed against the Office of Insurance Regulation in Leon County (Tallahassee) by attorney Luke Lirot claiming that the new PIP law was unconstitutional for a variety of reasons. Judge Lewis agreed with Luke Lirot that some parts of the new PIP law were unconstitutional and issued an injunction (a freeze) on some parts of the new PIP law. The State of Florida filed an automatic stay on Judge Lewis’ injunction basically putting the new PIP law back into effect. The Office of Insurance is allowed (as a government agency) to file an automatic stay on Judge Lewis’ Order because of Florida Rules of Appellate Procedure Rule 9.310(b)(2) which states:
(2) Public Bodies; Public Officers. The timely filing of a notice shall automatically operate as a stay pending review in administrative actions under the Administrative Procedure Act, or as otherwise provided by chapter 120, Florida Statutes, when the state, any public officer in an official capacity. On motion, the lower tribunal or the court may extend a stay, impose any lawful conditions, or vacate the stay.
The same rule that allows the Office of Insurance to put the Judge Lewis Order on hold also allows attorney Luke Lirot to askthe new judge to remove that hold and implement Judge Lewis’ Order effective immediately. Luke Lirot has asked the new Judge to remove the hold on Judge Lewis’ Order but, to date, that hearing has not been scheduled.
So the new PIP Law is still in effect. But the question is "until when?"
Courts are notoriously slow. There is no way to rush a judge without possible repercussions and the entire situation probably won’t get resolved for several months. So keep operating under the new PIP law.
Post Views: 463 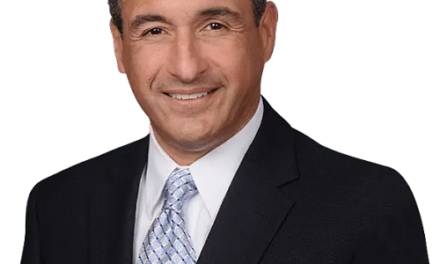