November 5 2020 – Jonathan L Rakofsky, M.D. was awarded the title of 2020 Physician of the Year in the field of Emergency Medicine, as announced by Max A. Adams, Esq. of the MediLaw Firm at a virtual ceremony on July 24, 2020. ”The Resident/Physician of the Year award is to acknowledge our emerging medical trailblazers and to honor the established front runners in the medical profession. The award spotlights residents and physicians throughout the state of Florida for their hard work, dedication, and exceptional performance. The Physician Award recognizes the physician who is consistently achieving high standards in their medical specialty and is looked upon as a role model and mentor by their peers.”

Jonathan Rakofsky, the youngest of 5 sons, graduated from Gulliver Preparatory School in Pinecrest, Florida and headed off to Emory University, in Atlanta, Georgia, where he graduated with a Bachelor of Arts degree in Sociology.
Dr. Rakofsky earned his medical degree from the Ponce School of Medicine, PR, in 2012. Following graduation, he moved to Detroit, Michigan where he completed an Emergency Medicine Residency at Henry Ford Hospital. After residency, he returned to his birthplace, Miami, FL, to begin work as an Emergency Medicine physician at Mercy Hospital. He has since relocated to St. Mary’s Hospital in West Palm Beach and is affiliated with many hospitals in the area, including Florida Medical Center.
In 2018, Dr. Rakofsky began his year with international training in aesthetic medicine interventions, such as neuromodulators, injectable fillers, medically supervised weight loss and laser treatments. He then created Forever Young MedSpa in Jupiter, which became part of the large franchise, 4Ever Young Anti -Aging Solutions. He remains its medical director, while maintaining his position as an Emergency Medicine Physician at a level-1 trauma center.
Dr. Rakofsky enjoys teaching and takes every opportunity to advise and share his clinical “pearls” with his medical students, physician assistant students, and nursing staff. He passionately believes teaching others and his own continuing education are vital to upholding the highest standard of care in Emergency Medicine.  This belief has inspired his most recent endeavor to write a book about the practice of Emergency Medicine.
When he is not in the Emergency Room, Dr. Rakofsky tries to learn other languages. (He is fluent in Spanish.) He hones his outdoor survival skills in the wild or travels the world with his wife and business partner, Danielle.  He spent two weeks as a volunteer in a monkey sanctuary in South Africa, tending to baby monkeys.
Dr. Jonathan Rakofsky is the consummate caretaker and highly skilled physician. His determination and positive energy are quickly transmitted to his peers and patients. During the pandemic, he has fought heroically to save the lives of those in his community who fall ill with Covid-19. He will continue the battle until there is a cure.
He is the son of Dr. Sanford and Stephanie Rakofsky of Coral Gables, FL.
Post Views: 213 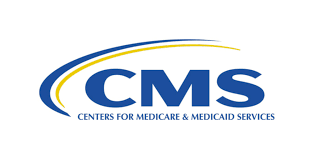 THE KLEAN COMPANY – Prevention Is Key