The end of the year tends to encourage a sober reflection of one’s accomplishments as well as a renewed optimism for the year to come. At the Florida Heart Research Institute, we certainly have many accomplishments to report. However, when viewed within the context of our mission to stop heart disease through research, education and prevention, it is clear that we have much work before us. Despite a progressive decline in mortality over the past two decades, cardiovascular disease remains the leading killer of men and women in this country, and, increasingly, throughout the world. Obesity now claims over one third of the adult population, and brings with it the frightening challenge of increasing diabetes and heart disease. Sudden cardiac death claims the lives of nearly one third of a million people per year, for many of whom cardiac arrest was the first manifestation of their disease.
We have therefore pursued a broad agenda of collaborative relationships both in research and in education and prevention. Nearly a dozen publications have emerged in peer review journals that span such topics as the optimal use of heart surgery in the elderly, the role of diet in preventing molecular signaling that leads to diabetes, and the potential for noninvasive approaches to reverse or prevent the injury from heart attack and stroke. FHRI researchers were sought-after speakers at international meetings addressing issues such the optimal techniques for surgical revascularization in women, the discovery of novel molecular markers that might prevent the progression of atherosclerosis, and the unique profile of cardiovascular risk in Miami’s diverse Hispanic population. Current projects include the potential role of bone marrow and cardiac stem cell therapy for the treatment of congestive heart failure, novel combined molecular and genetic approaches to restoring blood flow to ischemic organs, and identifying the distinctive nature of cardiovascular risk in Miami’s Haitian population.
FHRI celebrated our 10th year of the Stop Heart Disease license plate this year at the Florida Chapter of the American College of Cardiology’s annual conference in Orlando last August. This license plate has allowed us to award the prestigious Stop Heart Disease Researcher of the Year Award – a $25,000 grant which is given annually at the conference to the Florida researcher who demonstrates the greatest promise in the field of heart research. It also helps support several of FHRIs education and prevention programs. To date, the plate has raised more than $2 million towards Florida-based cardiovascular research, education and prevention programs (to learn more, go to www.stopheartdisease.org).
The education and prevention programs and services continue to grow in outreach and volume. FHRI’s corporate wellness “Working to Health” programs are expanding and evolving with the country’s renewed focus on prevention as a means of cost containment of healthcare premiums. More and more employers are realizing the many benefits to promoting wellness in the workplace and look to FHRI for assistance in programming, evaluation and services. Since January 1, 2012, FHRI has provided biometric screenings for nearly 6,500 employees in an effort to assist employers in identifying where their employees are most at risk and we presented 21 workshops to nearly 300 employees on a multitude of topics to help arm them with the strategies to reduce their risk. Our community based programs also continue to be in high demand. FHRI is committed to serving our most vulnerable populations by providing free cardiovascular risk factor screenings and workshops in underserved areas. Funding for these programs and services has been provided in part by the Health Foundation of South Florida and the United Way of Miami-Dade County in addition to the Stop Heart Disease license plate. With their support, we were able to provide screenings to nearly 3,000 Florida residents.
In September, our continued efforts to improve survival rates in victims of sudden cardiac arrest led to FHRI receiving the Public Service Award from the Sudden Cardiac Arrest Association for our PUSHCPR® public awareness campaign. Most notably, we trained more than 2,000 Marlins fans at their new stadium in one home game (with assistance from community partners), assisted in training all 2,000 City of Miami employees, and we created public service announcements and educational pamphlets in English, Spanish and Creole leading to a total of more than 6,000 people taking our pledge to act in an emergency. We know of at least one life saved as a result of this campaign. To learn more and join the PUSH to save a life, go to www.pushcpr.org.
We are grateful for these opportunities to make meaningful contributions in cardiovascular research, education and prevention. May 2013 be a year of great health and wellness for you and yours!
Post Views: 287

Broward Health Employees Step Up to Punt the Pounds 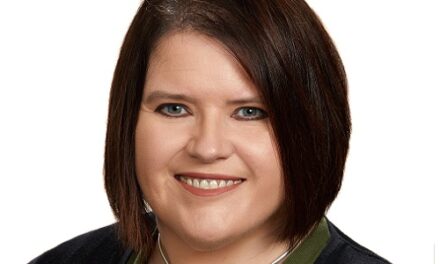 Older Adult Safety While Driving: Why the Car’s Fit Matters