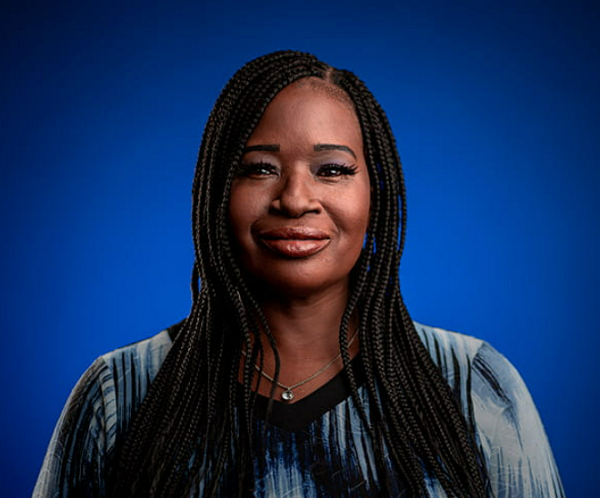 “You Don’t Have to Fight Alone”

In July 2021, Katrena Rockeymore rushed herself to Broward Health Imperial Point thinking she was having a heart attack. “I felt so much heaviness in my chest, it was like an elephant was sitting on me,” Rockeymore said.

Richard Delgado, D.O., an emergency medicine physician at Broward Health Imperial Point, was part of the multidisciplinary team that rapidly assessed Rockeymore and within minutes ran a series of clinical tests, including a CAT scan, which identified Rockeymore had fluid in three-fourths of her lungs.

“If Katrena would have waited one more day, she wouldn’t have made it with the amount of fluid she had in her lungs,” said Dr. Delgado.

Rockeymore had a procedure to drain the fluid in her lungs and a nurse immediately noticed something was wrong. During a test of her fluid, the medical team discovered that Rockeymore had stage 4 lung cancer.

Additional tests to determine if the lung cancer had spread revealed it had indeed metastasized to her brain.

Despite her complications, Rockeymore remained positive. “I’m a very spiritual person,” she said. “I told myself I’m going to fight until the end. I knew God had different alternatives for me.”

“Broward Health helped me beat cancer in two parts of my body simultaneously,” Rockeymore said. “You don’t have to fight alone. Broward Health is there for you.”

Rockymore’s cancer is in remission, however, she takes medication to prevent the cancer from returning.