On a night where all guests enjoyed Latin music at the 2022 Presidential Inauguration: Havana Casino Night at the JW Marriot, the Dade County Medical Association announced the new Board of Directors, and Rafael Fernandez, Jr., M.D., was installed as the 112nd President. 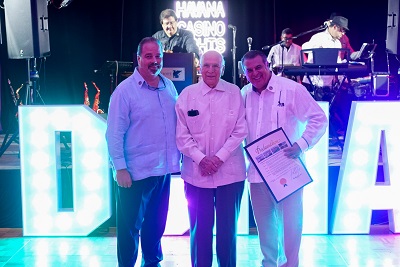 In the activity in which several important people from the healthcare industry gathered, DCMA made announcements of the achievements obtained during the past year despite the challenges in these times of pandemics.

Dr. Jose David Suarez, in his farewell message, announced his achievements which include the increasement of members, the results in Tallahassee a year since the start of the COVID-19 pandemic, and will continue with his commitment to areas of critical need. Dr. Suarez also received a proclamation from the Mayor of Miami Dade County, Daniella Levine Cava, recognizing his work as a doctor and always helping those most in need.

The FMA was represented by Jason Goldman, M.D., on behalf of the President, Dr. Dough Murphy, he mentioned the accomplishments, challenges, changes, benefits, and legislation they have been fighting for in the Legislature at Tallahassee for the benefit of physicians in South Florida.

Are the Foods Youre Eating Making You Sick?

Learn How to Build Financial Teams Around Your Money

When It Comes to Patient Care – Give Compliments