November 16 2021 – FIU scientists investigating the effects of hurricanes and other natural disasters on children’s brain development previously found that increased exposure to media coverage of disasters led kids to have post-traumatic stress (PTS) symptoms regardless of physical proximity. A new follow-up study led by FIU psychologists Anthony Dick and Jonathan Comer confirmed those findings and also showed that individual differences in the response in a key brain region involved in detecting threats—the amygdala—predicted the degree to which viewing storm-related media coverage led children to develop PTS symptoms.

“Children are among the most vulnerable individuals during disasters, because they are still developing a sense of security, and have little personal control over their environments,” said Anthony Dick, psychology professor and researcher at the Center for Children and Families. “PTS can adversely affect long term health in children, but these findings will help us inform communities and families on how they can better prepare for and respond to disasters in ways that mitigate potential negative long-term mental health effects.”

Researchers analyzed 400 9- to 11-year-old children from the Adolescent Brain Cognitive Development Study (ABCD), the largest long-term study of brain development and child health in the United States. The data included functional neuroimaging (fMRI) and information about history of anxiety and trauma. During the data collection, Hurricane Irma, one of the most powerful Atlantic hurricanes on record, impacted three of the study sites at FIU, University of Florida, and Medical University of South Carolina. After the hurricane, the researchers at these sites and at University of California, San Diego, which was not directly impacted by the storm, collected data on the extent of their direct hurricane exposure, pre-storm media exposure and PTS symptoms.

“Most of the research on this front has focused on manmade disasters with malicious intent, such as terrorism and mass shootings,” Dick said. “Related studies have not explored the effects of the media’s reporting on weather-related disasters, which are often around-the-clock and preceded by long warning periods and threat-related updates.”

He added, “many of us consume sensationalized news of traumatic events, but unfortunately, children are watching, too­—and our research shows that they don’t even need to be physically close to these events to experience mental health consequences.”

Continued work in this area could also help researchers change how traumatic events are defined. Media exposure is not included as a trauma that could lead to post-traumatic stress disorder (PTSD) in the current Diagnostic and Statistical Manual of Mental Disorders (DSM-5), which may lead clinicians to discount it.

“We hope that our findings bring a renewed sense of urgency for parents to help children avoid unnecessary extended exposure to disaster-related news,” Comer said.

Researchers plan on studying the same children into adulthood to find out how their brains continue to respond to various disaster-related incidents. This will complete the first large-scale study of the effects of disaster exposure on children that incorporates biological data including neural and genetic factors, cognitive, clinical and neuropsychological outcomes.

About Center for Children and Families:
The Center for Children and Familiesis a Preeminent Program at Florida International University comprised of a nationally recognized team of researchers and service providers committed to improving the lives of children and families struggling with mental health problems. The CCF is a one-stop care facility that provides effective, low-cost treatments to more than 3,000 families each year through clinical services and research programs. With a team of more than 30 of the nation’s best researchers and experts, the assistance of federal funding and university partnerships, the CCF continues to make discoveries about the cause, process, effects and treatment of child and adolescent mental health disorders. Since its establishment in 2010, the CCF has secured more than $155m in external funding for research from sources like the National Institutes of Health (NIH), the Institution of Education Sciences (IES), the National Science Foundation (NSF), The Children’s Trust and the State of Florida, among others. The CCF also provides training and education to hundreds of students, and continuing education opportunities in evidence-based approaches to thousands of psychologists, mental health professionals and educators nationwide.

About FIU:
Florida International University is a Top 50 public university that drives real talent and innovation in Miami and globally. Very high research (R1) activity and high social mobility come together at FIU to uplift and accelerate learner success in a global city by focusing in the areas of environment, health, innovation, and justice. Today, FIU has two campuses and multiple centers. FIU serves a diverse student body of more than 58,000 and 270,000 Panther alumni. U.S. News and World Report places dozens of FIU programs among the best in the nation, including international business at No. 2. Washington Monthly Magazine ranks FIU among the top 20 public universities contributing to the public good. 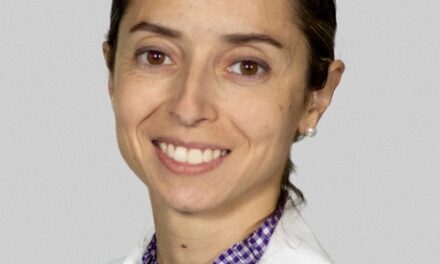