The problem of Coronary artery disease
Coronary artery disease (CAD) is a major cause of death and disability around the world. CAD occurs predominantly due to cholesterol plaque-related occlusion of the blood vessels supplying the heart muscle (coronary arteries). Although deaths due to CAD have declined over the past four decades, CAD is still responsible for about one-third of all deaths in individuals over age 35. For U.S residents over the age of 40, the lifetime risk of developing CAD is 49 percent in men and 32 percent in women and at age 70, the lifetime risk is 35 percent in men and 24 percent in women.
Since 1975, mortality associated with CAD across gender and race has fallen in most developed countries by 24 to 50 percent. The 2010 Heart Disease and Stroke Statistics update from the American Heart Association reported that from 1996 to 2006, deaths from cardiovascular disease (CVD) which includes CAD, hypertension, stroke, and heart failure, declined about 29 percent. This trend has been associated partly due to reduction in the incidence (i.e., new cases) of CAD.
The causes of the reduction in CAD deaths in adults age 25 – 84, in the U.S. between 1980 to 2000, is attributed to approximately one-half of this effect due to improvements in therapy including preventive measures following heart attacks, stenting and cardiac bypass surgery, initial treatments for heart attack syndromes, treatment of heart failure, and invasive procedures for chronic CAD. The other half of this effect was due to changes in risk factors, including reductions in total cholesterol (24 percent), systolic blood pressure (20 percent), smoking (12 percent), and physical inactivity (5 percent).
The ‘stent’ miracle
Percutaneous coronary intervention (PCI) refers to both non-stent procedures (balloon angioplasty or atherectomy) as well as stent interventions. Introduced in the 70’s, balloon angioplasty alone provided an alternative to coronary artery bypass surgery (CABG). However, failure and/or complications of the procedure occurred in approximately 40 percent of patients at six months, 50 to 75 percent of whom had recurrent chest pain symptoms. A quarter of patients required repeat procedure within the first year after balloon angioplasty. Recurrent chest pains after one year were most often due to a new or worsening blockage.
Bare metal (or non-drug releasing) stents (BMS) made of stainless steel or cobalt chromium were developed to prevent complications of balloon angioplasty which were reduced to less than 1 percent, hence PCI became significantly safe. As a result, stenting has become the standard of care for PCI, with balloon angioplasty alone being used only in situations where a stent could not be used. Refinement in stent design and procedural techniques, as well as the introduction of drug-releasing (eluting) stents have revolutionized treatment of CAD and have dramatically reduced the need for emergency or elective heart bypass surgery.
The heart attack conundrum
Clinical trials have shown that when a patient present with a massive heart attack (ST-elevation MI), that the hospital or 30-day death rates were 13 percent with medical therapy alone, 6 to 7 percent with clot buster (thrombolytic) therapy if given within 30 minutes after diagnosis, and as low as 3 to 5 percent after PCI. The current recommendation from the American Heart Association is to use PCI as the standard of care treatment to open the coronary artery (the ‘culprit’) responsible for a massive heart attack within 90 minutes after arrival in the ER. Cath labs in hospitals without a heart bypass surgery have been approved internationally to perform this emergency procedure since the benefits of the procedure in saving the patient’s life outweighs the risks of the procedure (i.e., risk of an emergency bypass surgery).
The North Shore Medical Center’s gift to our community
North Shore Medical Center (NSMC) has been approved by the State of Florida to open a new cath lab and perform emergency PCI for heart attack patients since August 2012, due to the high prevalence of heart attack in the North Shore hospital community. NSMC has built a new cath lab, which is one of the latest cath labs in Florida. The cath lab is supported by highly skilled doctors and a dedicated cath lab team who give quick, and efficient standard of care treatment to heart attack patients.
Prevention is still better than cure
To prevent the onset or recurrence of CVD, require sincere lifestyle modification from the patient’s side with family support. The modifiable risk factors are: poor diet, smoking, hypertension, hyperlipidemia, physical inactivity, obesity, diabetes mellitus, and heavy alcohol use. In the landmark Framingham Heart study, patients with five risk factors had a 10 year risk of a first or a second CAD event (e.g., heart attack, sudden death, etc.), of 25 to 30 percent if patient do not initiate and maintain lifestyle especially diabetes control, and smoking cessation.
Wishing everyone a Happy New Year and a Healthy Heart!
Post Views: 141 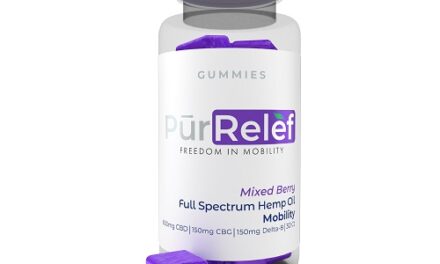