November 16 2019 – HCA announced that Charles Gressle has been named president of HCA Healthcare’s Fort Lauderdale-based East Florida Division, effective December 1. Gressle will assume leadership from Michael Joseph, who is retiring after 31 years with the Company.
Gressle, who has been with HCA Healthcare for 14 years, is currently chief administrative officer for the East Florida Division, where he has direct oversight of several hospitals and division-wide initiatives. Before assuming that role in May of this year, Gressle held numerous leadership positions in HCA Healthcare, including CEO of Medical City Plano, COO at Medical City Dallas and Medical City Children’s Hospital, COO at The Woman’s Hospital of Texas, and Senior Vice President in HCA Healthcare’s Continental Division. Gressle started his career in healthcare as a caregiver, holding positions as a certified nursing assistant and a paramedic.
“Charles is a seasoned hospital operator with a track record of driving growth and developing complex service lines,” said Chuck Hall, president of HCA Healthcare’s National Group. “That experience, plus his experience as a caregiver, will be of great benefit as he takes on this new role.”
As president, Gressle will lead HCA Healthcare’s East Florida Division, which is the largest health system in South Florida with 14 hospitals, numerous outpatient sites of care, and nearly 19,000 employees in Miami-Dade, Broward and Palm Beach counties and the Treasure Coast area.
Joseph is retiring after 31 years in healthcare – all of it spent with HCA Healthcare in South Florida. As president of the East Florida Division for the past 12 years, he recently led the largest single deployment of capital in the Division’s history, overseeing the investment of $650 million to build new facilities and expand existing facilities across the area. Joseph was also frequently on the cutting edge of new technologies and ideas to improve hospital operations.
“Michael is a highly-respected and effective leader that drove the East Florida Division to unparalleled performance over his tenure,” said Hall. “In addition to his business acumen, Michael’s dedication to serve the communities of South Florida has benefitted many. He will be missed, and we wish him all the best.”
About HCA Healthcare
Nashville-based HCA Healthcare is one of the nation’s leading providers of healthcare services, comprising 184 hospitals and approximately 2,000 sites of care, including surgery centers, freestanding ERs, urgent care centers, and physician clinics, in 21 states and the United Kingdom. With its founding in 1968, HCA Healthcare created a new model for hospital care in the United States, using combined resources to strengthen hospitals, deliver patient-focused care and improve the practice of medicine. HCA Healthcare has conducted a number of clinical studies, including one that demonstrated that full-term delivery is healthier than early elective delivery of babies and another that identified a clinical protocol that can reduce bloodstream infections in ICU patients by 44 percent. HCA Healthcare is a learning health system that uses its more than 31 million annual patient encounters to advance science, improve patient care and save lives. Please click here to connect with HCA Healthcare on social media.
All references to “Company,” “HCA” and “HCA Healthcare” as used throughout this document refer to HCA Healthcare, Inc. and its affiliates.
Post Views: 365 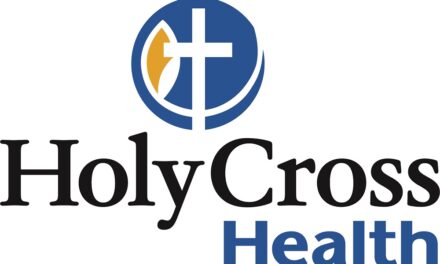