Hospice by the Sea Travels to Ghana, West Africa to Teach Palliative Care

Hospice is not a place, but a philosophy of care, said Paula Alderson, president and CEO of Hospice by the Sea. This was one of many profound messages conveyed to the community of Koforidua, Ghana by an eight-member team that visited the West African country in April for two weeks. The team’s challenge was to help Ghanaians overcome the cultural belief that nothing more can be done at the end of life. “Hospice is about quality of life, not death,” she said.

Seven percent of the population in eastern Ghana is infected with HIV/AIDS. The disease is stigmatized and those in the final stages of their struggle are often deposited on a hillside to die alone without comfort or dignity. Orphaned children may not be told that their parents have died, and if they are aware, they are discouraged from crying and grieving their loss.

Dr. Peter Radice, medical director at Hospice by the Sea, led four nurses, two social workers and a volunteer team coordinator in teaching physicians from 21 hospitals about palliative care. They also held a bereavement camp for 193 children. Although the team was challenging cultural norms, “we were embraced by the community with generosity and a willingness to learn,” said Radice The recent visit to Ghana was the result of a promise made between Alderson and Rev. Father Alex “Bobby” Benson, the Ghanaian Catholic priest whose visit to the bedside of Alderson’s terminally ill mother in September 2006 brought the pair together. Benson was a visiting priest at St. Joan of Arc Roman Catholic Church who came with a goal of learning about hospice so he could build the first hospice facility in Ghana for victims of HIV/AIDS and their families. Benson is the founder and director of Matthew 25 House, a non-governmental organization established in 1988 that helps those infected with and affected by HIV/AIDS. Matthew 25 staff and volunteers provide medical care, food, emotional support and financial assistance to patients and their families. Additionally, they help with the basic life needs of orphaned children, including their education and socialization.

Radice said the physicians were very well trained and were aware of the availability of medicines to treat patients even though such medicines were scarce. The team trained 60 volunteers how to help children grieve. The bereavement camp mirrored Hospice by the Sea’s Camp Good Grief where children are encouraged to express their emotions through art and other therapeutic activities, group discussion, one-on-one counseling and play. The culmination of the camp is a bonfire where children send letters to their loved ones in heaven, carried by the ashes of their words. There were many touching moments throughout their stay acknowledged Bruce Shumer, L.P.N., HBTS. Shumer, who noted that Ghana was his first travel experience outside of the United States, introduced the art of Healing Touch. Kevin Hiltenbrand, L.P.N., snapped some 1700 photos of their trip. Karen Radice, team coordinator brought Mickey Mouse stickers for the children to decorate tote bags with and she was amazed how these children had never heard of the beloved Disney character. Yet, these children were so sophisticated that they clamored for everyone’s business cards. She also marveled at the children’s innate generosity when one hungry child, who received an extra boiled egg for lunch, shared it with eight other children. During 2007, Hospice by the Sea began their commitment to Matthew 25 House by donating medical equipment and supplies, food collected from an employee drive and a portion of the proceeds from their thrift store. In January 2008, Judi Wood, R.N., and Silvia Loewenstein, a child educator, went to Ghana as a volunteer “scout team” for Hospice by the Sea to learn about Ghanaian culture and to assess their needs in order to pave the way for the clinical team’s visit. A separate trust has been established to help fund the activities in Ghana.
Post Views: 141 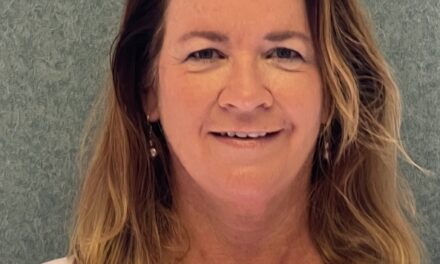