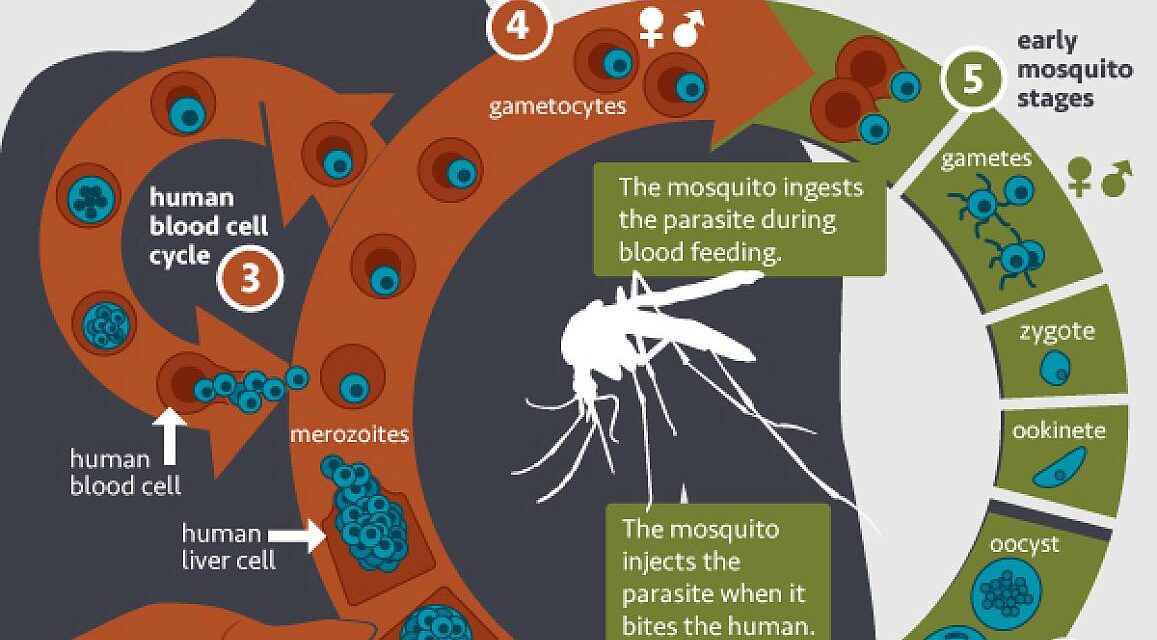 Larger trials enrolling infants and children are underway in Mali and Kenya.

This image shows the lifecycle of the malaria parasite in a person.NIAID

August 3, 2022 – One injection of a candidate monoclonal antibody (mAb) known as L9LS was found to be safe and highly protective in U.S. adults exposed to the malaria parasite, according to results from a National Institutes of Health Phase 1 clinical trial published in The New England Journal of Medicine. Additional clinical trials evaluating if L9LS can prevent malaria over six to 12 months against seasonal and perennial transmission are underway in infants and children in Mali and Kenya, where malaria is endemic. The trial was sponsored by the National Institute of Allergy and Infectious Diseases (NIAID), part of NIH.

“These early clinical trial results demonstrating that a monoclonal antibody administered subcutaneously can protect people from malaria are highly encouraging,” said NIAID Director Anthony S. Fauci, M.D. “A one-time intervention that protects against malaria for six months to a year could significantly reduce morbidity and mortality among children in malaria-endemic regions and offer an effective preventive tool for health care workers, military personnel and travelers to these areas.”

Malaria is a mosquito-borne disease caused by Plasmodium parasites. The World Health Organization estimates that in 2020(link is external), about 240 million people had malaria and about 627,000 of them died. A disproportionate burden of malarial disease is seen in Sub-Saharan Africa, where children under age 5 account for approximately 80% of all malaria deaths. A vaccine to prevent malaria is now available; however, its variable efficacy underscores the need for new interventions that offer high-level protection against disease.

Scientists from NIH’s Vaccine Research Center (VRC), part of NIAID, developed L9LS and led the Phase 1 clinical trial. L9LS is a laboratory-made version of a naturally occurring antibody called L9, derived from the blood of a volunteer who had received an investigational malaria vaccine. The antibody prevents malaria by neutralizing the parasites in the skin and blood before they can infect liver cells.

L9LS is similar to a candidate anti-malarial antibody known as CIS43LS that the VRC developed and found to be highly protective in a small trial when administered by the intravenous route. However, L9LS is two to three times more potent. Increasing the potency allowed for subcutaneous injection, a more cost-effective and feasible route of administration than intravenous infusion.

The Phase 1 study was conducted from Sept. 13 to Nov. 16, 2021, at the NIH Clinical Center in Bethesda, Maryland, and the Walter Reed Army Institute of Research (WRAIR) in Silver Spring, Maryland. The trial involved 18 volunteer participants receiving various doses of L9LS subcutaneously or intravenously. After tolerating the injection and experiencing no safety concerns, the participants allowed mosquitoes carrying the malaria parasite to bite their forearm five times, starting from two to six weeks after receiving the mAb candidate. This took place in a carefully controlled setting, known as controlled human malaria infection (CHMI). As part of this approach, which has been used for decades in malaria research, medical staffers closely monitor participants and provide proper treatment if they become infected. L9LS fully protected 15 of 17 (88%) participants from malaria infection during the 21-day challenge period. All volunteers in the control group that underwent CHMI, but did not receive L9LS, became infected and were promptly treated without complications. Encouragingly, four of the five participants who received a low, subcutaneous dose of the mAb were protected from malaria.

“This is the first demonstration that a monoclonal antibody can provide protection when given by the subcutaneous route, with important implications for widespread clinical use and reaching the goal of eliminating malaria,” said Robert Seder, M.D., chief of the Cellular Immunology Section in the VRC, who led the development of L9LS. “We look forward to results in larger field studies that will help establish an effective dose.”