SFHHA PRESIDENT MESSAGE: Where Are We? 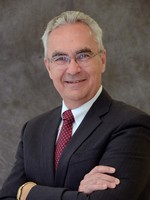 Wow, a lot has happened over the last several months. COVID-19 has temporarily been displaced by Monkey Pox, the brutal heat of summer continues, we are in the heart of hurricane season, and the economy, shocked by international and national events, has displayed tendencies that concern us all.

As the president of a hospital and healthcare association, I try to keep well informed. One of the sources that I rely on is the Atlanta Federal Reserve (FED). Healthcare organizations are concerned about our financial stability and, thus, I rely on the FED to give me some perspectives. So, here is what they say in their most recent report.

Let’s be honest, the last two years have been tough! For the next few years, I will continue to believe that “so goes the price of fuel, so goes our economy.” I might change that belief when the majority of cars on our roadways are quiet and non-polluting, but that is a few years off.

Continuing supply chain issues, more cars and trucks on the road, and the invasion of Ukraine have led to the increased cost of fuel, which then impacts manufacturing, etc., etc. Add to that result the fact that some producers chose to increase prices with the intent of getting back some of the earnings they lost in 2020/2021 and you have the perfect recipe for inflation. Unfortunately, what small steps we made in improving wages over the last two years will likely in the short run, be eaten up by inflation.

Seasonally adjusted real GDP growth, in a purely mathematical model, was estimated to have declined to 1.6 percent from 1.8 percent (after the release of the most recent report on retail sales). The pumping of the brakes by the FED is having an effect. The survey of market participants expects the FED to increase the federal funds rate by another 50 to 75 basis points to continue to cool the economy. To you and I this means that the price for us to borrow money (interest) will continue to rise and may delay our decisions to buy that new car, house, or major appliance. There will be similar valuations made by businesses to determine if they are going to expand, replace worn-out equipment, or develop that new product or drug using more expensive money (their estimated rate of return for these investments might no longer make sense when compared to higher interest rates).

In reading the minutes from the most recent Federal Open Market Committee meeting, it appears that the consensus is that there will be moderation in inflation. Shockingly, that this decline is tied to falling commodity prices for many things but, most notably, oil! The feeling was that the reduction in the rate of inflation would be even greater in 2023. I think we can also credit the commodity markets returning to normal for this improved result.

If we are looking for a positive aspect, we can certainly point to reduced inflation and the fact that the unemployment rate has stayed relatively the same from March to April. This is consistent with what we are seeing every day, we are in a tight labor market.

It seems like the FED acted earlier than most other economically developed countries where their central banks are just now applying the brakes (except Japan). What I take from this report is that it is going to be another tough year where the healthcare community will need to rely on the wise use of its existing resources and technology while the economy continues to adjust. I hope that by the time we get to this time next year, the situation will have stabilized, and we will see the inflation rate back at the 2 percent target.

Just hold on folks, it is going to be another wild ride.

Florida: “Tear Down This Wall” to Empower Nurse Practitioners