A lot of time is spent teaching those in leadership positions to lead. While the real issue rests with followers not knowing how to follow. In other words, they don’t know how to – or don’t really want to – work together. While vision and strategy are essential to company and team success, teams fail due to five dysfunctional traits: they are afraid of conflict within the team; they don’t trust each other; they aren’t held accountable for individual and team results; they are not focused on results; nor are they committed to success.

The rewards of striving to create a functional, cohesive team is one of the few remaining competitive advantages available to any organization looking for a sustainable yet powerful point of differentiation. Well functioning teams avoid wasting time talking about the wrong issue and revisiting the same topics over and over again due to lack of buy-in. Well functioning teams also make higher quality decisions and accomplish more in less time and with less distraction and frustration. Additionally, “A” players, the star associates, rarely leave organizations where they are part of a cohesive well functioning team. Having worked with many teams, across several industries such as Aerospace Defense, Government, and Healthcare, I’ve noticed that ineffective teams demonstrate several dysfunctional traits: #1: Lack of Commitment: The lack of clarity or the fear of being wrong prevents team members from making decisions in a definitive and timely manner. When conflict is removed, it is difficult for team members to commit to decisions, which creates an environment of ambiguity. The lack of clear direction and commitment can make associates, particularly star associates, disgruntled and want to remove themselves from the team. #2: Absence of Trust: The fear of being vulnerable with team members prevents the building of trust within the team. This occurs when team members are unwilling to be vulnerable with one another and refuse to admit their mistakes, weaknesses or needs for help. Without a certain level of comfort amongst team members, a foundation of trust is impossible. #3: Avoidance of Accountability: The need to avoid relational discomfort prevents teams from holding one another accountable for their behaviors. When teams don’t commit to a clear plan of action, even the most focused and driven individuals hesitate to call their peers on actions or behaviors that are counterproductive to the overall good of the team. #4: Fear of Conflict: The desire to preserve artificial harmony stifles the occurrence of unfiltered, productive conflict. Teams that are lacking trust are incapable of engaging in candid and passionate debate about key issues, causing situations where team conflict can easily turn into veiled discussions and back channel comments. In settings where team members do not openly air opinions, inferior decisions will always result. #5: Inattention to Results: Individually, team members will put their own needs (ego, career development, recognition, etc.) ahead of the collective goals of the team when individuals within the team aren’t held accountable. This desire for individual credit will erode the focus on collective success. If the team has lost sight of the need for collective achievement, the business ultimately suffers. Why the gap? What gets in the way of building a high performance team? According to Harvard Business School researchers, the average team achieves only 63% of their strategic plans. The key issues impacting their success are how well the team communicates, aligns around top initiatives, trusts one another, creates short term and long-term plans, and holds themselves accountable to deliver the results. Most surprising is that organizations know this and yet lack the know-how or discipline to make sure these issues are addressed each and every day. Success escapes most organizations because their leaders refer to these skills as the “soft issues” because they don’t see how the skills are measurable or quantifiable and therefore don’t believe they are important to performance as more typical indicators of success. However, research clearly shows that these skills and disciplines are the biggest levers that enable high performance teams to close the performance gap. The research is summarized by listing the top five issues contributing to this performance gap:

1. You must learn from your “lessons learned”. Start with a thorough review of the past year and ask, “what did we achieve together and where did we fail?” Give all people on the team time to make their own list before gathering responses. Be sure that you first focus on achievements – just the good news. One factor that makes working together so difficult is our habit of focusing on issues and problems to the exclusion of achievements and successes. In this type of an environment people feel undervalued and unmotivated and a feeling of why bother? shapes the culture. Discuss the potential lessons and align on the top three (no more than five) guidelines that would make the most difference to your success and display them publicly. 2. Include everyone in the annual planning session. While you may know best what’s needed in your business area or for the team, don’t make the plan on your own or with just a few key people. Although it may be necessary to individually think about the key strategic objectives, as soon as possible include everyone in your top team in the creation of the real plan that’s going to drive the business for next year. Potentially allow for a full day session. We’ve learned time and time again truth in the adage that people will not destroy that which they have helped create. 3. Examine limiting attitudes and assumptions, and shift them. You may have noticed that sometimes it seems as if you’re doing everything right and yet you still do not have the results to show for it. Actually, the source of this frustration is found in the underlying attitudes that shape the culture of your business. For example, imagine your chances of success if key people in your business have beliefs such as: We used to be great, but now it’s impossible to keep up with the competition! It’s OK not to deliver as long as there’s a reasonable explanation. Not everyone can be the best. To uncover the limiting attitudes, discuss the beliefs that might be shaping the current culture. Ask questions like, “How do we explain our failures in order to have the culture we want?” The next step is to write a statement that describes the new attitude that generates the culture you want to generate, together. For example, We keep our promises with one another – no matter what! 4. Align the top ten priorities at every level of the business. Ask the leaders on the team to identify the one or two top priorities for their area(s) of responsibility and present them. Even though ALL goals will be pursued, your team will benefit from a focus on the ten that most ensure overall success. Accountability is fundamental to your success, so make sure that each goal has one team member who has the overall responsibility for its achievement. In other words, make sure everyone knows who’s on the hook for what! 5. Establish monthly review sessions to monitor progress and learn from what happens. The most important discipline is to ensure – no matter what – that each team has monthly review sessions to assess progress against their goal. At the top of the agenda is a review of the monthly goals set on the way to the achievement of each annual goal. Above all, this public review is very important towards forming a basis for team discipline about delivering key goals. Keep all team levels informed. This is especially critical in cases where the second-level teams are “the worker bees” – which typically they are. While progress on your top ten priorities may be your first priority, be certain to include a review of your guidelines and the differences they are making at each month’s meeting. Only by taking the time to identify which, if not all, of the dysfunctional traits are affecting your teams performance – lack of commitment, absence of trust, avoidance of accountability, fear of conflict, inattention to results – and then taking immediate corrective action to build a more cohesive and accountable team, can you realize the results the team and the company require.
Post Views: 161 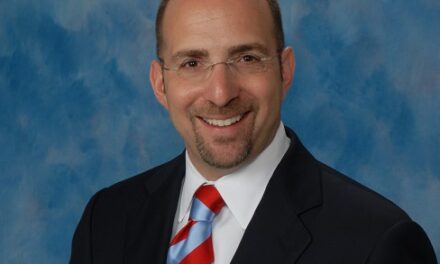 How the COVID-19 Crisis is Affecting Malpractice Insurance 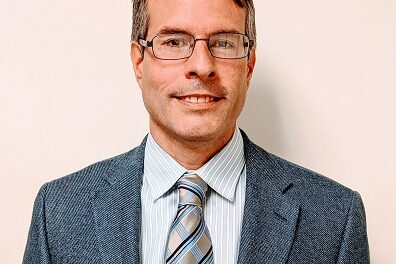