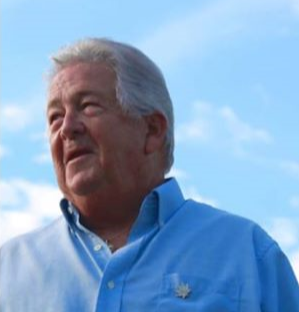 Robert Platshorn aka Robert “Bobby Black Tuna” Platshorn is America’s longest imprisoned nonviolent marijuana offender. Platshorn served a 30-year sentence for smuggling pot into Florida. He currently offers some of the best-selling strains of marijuana legally though Trulieve, one of Florida’s largest dispensaries.

What benefits do you see for patients throughout Florida within the cannabis space?

The vast majority of users in Florida are seniors – my age group – who benefit from use for pain, sleep, Parkinson’s, and lots of neurological and age-related illnesses, and epilepsy, post-traumatic stress disorders, arthritis and constipation to name a few. Doctors have prescribed cannabis products to ease side effects from cancer treatment (such as chemotherapy) and suppress the symptoms of many other diseases.

Experts indicate that abuse of alcohol and opioids can be reduced through use of cannabis and marijuana products. Whether it is included in tinctures, edibles, vapes, gummies, powders, or oils, marijuana is an available therapy to decrease symptoms such as anxiety and pain (not limited to seniors) that can turn patients into junkies who frequent ‘pill mills’. Cannabis and marijuana have been shown to help patients gain weight, cope with chemo, treat glaucoma symptoms, and calm paranoia. Additionally, marijuana use can inhibit violent behavior and suppress many mental illness related symptoms.

Educating seniors, who talk about its benefits over lunch, playing cards or at the pool is a vital step towards decriminalization of use.

What’s your history with the cannabis Industry?

Well, in plain language, I started as a smuggler. I spent 30 years in prison and had a lot of time to think about the future and wanted to kick off a medical revolution. I now have my own brand of cannabis “Black Tuna” which Trulieve sells in Florida, and I introduced a new, delicious strain, “Blue Fin Tuna” this month.

I worked in the media as a pitchman and realized I could use that talent to help change the attitudes of seniors toward Cannabis use after Proposition 19 failed in California because it didn’t have senior support. In 2010, California already had legalized medical marijuana use but nobody made a real effort to educate seniors about its benefits when trying to pass laws to legalize recreational use. Lacking the senior support, it failed.

I originated the Silver Tour which educates and advocates for decriminalization of pot and targets senior communities, at churches, synagogues – and wherever I get an audience in Florida – explaining the value of medical cannabis. Cannabis is a choice – better than pills – and Grandma needs to know about it to live her best life.

This has taken me to politicians and legislators, (not just in Florida but in Washington DC), where we changed the audience of pro-marijuana rallies from hippies to seniors in wheelchairs. I talk with doctors and farmers, in person and through the media, I campaign for the benefits of cannabis legalization with the main goal of getting the truth out about the benefits and getting involved with advocacy groups to get petitions signed, legislation introduced and passed to allow everyone to reap the rewards.

It doesn’t make sense that the cannabis industry is one of the fastest-growing, tax producing businesses and produces one of the oldest natural medicines … yet we still spend billions of tax dollars incarcerating users and promoting myths and misconceptions about marijuana.

Studies done to date about the effectiveness of cannabis use are so promising, pointing to the potential to help us live a better life, keep me pushing for the federal decriminalization of cannabis use.

What do you think is necessary to help move Florida forward in the marijuana/cannabis business?

Education. The benefits directed at seniors, like my Silver Tour campaign, have helped make huge inroads over the past several years. Seniors are advocates and politicians know they need the senior vote. Education targeting doctors and educators have led to Medical School research and teaching future doctors about cannabis medicine.

At the very least this state needs to have reciprocity with other states who have passed laws regarding medical and recreational use. We are a tourist state and legislators understand that leaking money to other states is a bad economic move. Nationwide, 18 states have legalized recreational marijuana and 37 allow it for medical purposes with a prescription. Florida needs to get there now on both counts.

We need to stop limitation on volumes and retrain budtenders to sync computer renewal amounts to determine appropriate quantities. We need to limit alcohol and opioid abuse and talk about the benefits of cannabis and marijuana for people who need relief. We need to allow for homegrown weed. Bottom line is we need to decriminalize use, period.

Doctors, legislators, law enforcement, teachers and the public are getting on-board and moving to support federal decriminalization to remove all legal constraints to using marijuana, which confuses those who need it and blocks us from its benefits.

Trulieve has pushed the envelope and provides education and a variety of quality products. I think we’ve made a lot of progress and I am confident we are moving in the right direction. People just wish it was at a faster speed for those who need the benefits.