“If you are a healthcare professional or entrepreneur, this is a wonderful opportunity for you to access and network with thought leaders in healthcare worldwide,” says Jerome “Hutch” Hutchinson, Jr., founder and chief servant officer of ICABA.
The summit will focus on these five objectives:
• Enhance effective and efficient delivery of healthcare to communities of color
• Enhance and grow participation in the business of healthcare
• Enhance healthcare career opportunities and advancement
• Address and advocate for relevant public policy, legislation and advocacy
• Recognize exemplary professional accomplishment in healthcare
“Our speakers throughout the day will discuss leading issues critical to the community such as the delivery of healthcare, the opioid epidemic, behavioral health problems as well as looking at how we can better attract and sustain culturally competent healthcare professionals,” says Hutchinson.
Keynote Speakers
The two keynote speakers are: Dr. James E.K. Hildreth, president and chief executive officer of Meharry Medical College and Dr. Roderick K. King, chief executive officer of Florida Institute of Health Innovation.
Dr. James E.K. Hildreth
Dr. Hildreth was born and raised in Camden, Arkansas. In 1975, he began undergraduate stu-dies at Harvard University and was selected as the first African American Rhodes Scholar from Arkansas in 1978. He graduated from Harvard magna cum laude in chemistry in 1979. In the fall of 1979, Dr. Hildreth enrolled at Oxford University in England, graduating with a Ph.D. in Immunology in 1982.
At Oxford, he studied the biology of cytotoxic T cells with Professor Andrew McMichael and became an expert in monoclonal anti body technology and cell adhesion molecules. He returned to the United States to attend Johns Hopkins University School of Medicine in Baltimore, taking a one-year leave of absence from medical school for a postdoctoral fellowship in pharmacology from 1983 to 1984.
In July, 2005, Dr. Hildreth became Director of the NIH-funded Center for AIDS Health Disparities Research at Meharry Medical College. Dr. Hildreth has received numerous awards over his career for mentoring, leadership and his efforts related to diversity. In October 2008, he was honored for his contributions to medical science by election to the National Academy of Medicine (formerly the Institute of Medicine), part of the National Academy of Sciences, the most prestigious biomedical and health policy advisory group in the U.S.
In May of 2015, he was awarded an honorary doctorate degree from the University of Arkansas. In August of 2011, Dr. Hildreth became Dean of the College of Biological Sciences at University of California, Davis. He was the first African American dean in the university which was founded in 1905. He was also appointed as a tenured professor in the Department of Cellular and Molecular Biology as well as professor in the Department of Internal Medicine in the UC Davis School of Medicine.
On July 1, 2015, Dr. Hildreth returned to Meharry Medical College to serve as the 12th president and Chief Executive Officer of the nation’s largest private, independent historically black academic health sciences center.
Dr. Roderick K. King
As a pediatrician, Dr. King’s academic and health policy work focuses on improving the health of underserved communities via leadership and human capital development, and organizational/systems change. Dr. King has worked to improve the health of communities nationally and internationally via health policy development and training and facilitating collaborative leadership efforts to support leaders in creating aligned actions and measurable results for underserved communities.
In particular, he has worked to improve the health of communities nationally through community organizing and collaborative leadership efforts to support leaders in creating aligned actions and measurable results. This includes his work with the California Endowment, Boys of Men and Color Initiative that became the foundation of President Obama’s “My Brother’s Keeper” Initiative.
His other successes include the “Babies Born Healthy” Leadership action program for Baltimore City in 2007 (supported by the Robert Wood Johnson and Annie E. Casey Foundations) and “Step Up Savannah” (2008), a poverty eradication initiative in Georgia.
Dr. King is currently leading the “Liberty City Community Collaborative for Change,” one of 18 American neighborhood projects selected by the BUILD Health Challenge to develop innovative, upstream approaches to improve community health. Working collaboratively with Liberty City neighborhood leaders, Dr. King is leading a multi-sector initiative to address crime and violence in Liberty City as barriers to community health.
Dr. King served from 2006-2009 as one of two Inaugural Institute of Medicine (IOM) Anniversary fellows in the National Academy of Sciences where he served on the Board on Global Health and on the study committee, "The U.S. Commitment to Global Health." In 2011, He was selected for the new Fulbright Regional Network for Applied Research (NEXUS) Program to engage in collaborative thinking, analysis, and problem-solving to improve the quality of life for communities in the Western Hemisphere.
Register Today
Hutchinson says that ICABA is excited about the summit and expects a great turnout.
“It should be a fun day with a lot of great information,” he says.
The summit which begins at 8 a.m. on Friday, January 26, includes a keynote breakfast, recognition luncheon, career fair and a networking reception.
To register on the day of the summit, the cost is $150. However, if you register before January 10, the cost is $99. Register by January 26 and the cost is $125.
Post Views: 107

The Opportunities and Challenges of Telemedicine: Part 2 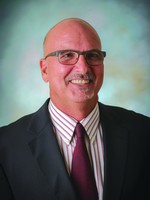 The Return of the Carpetbaggers 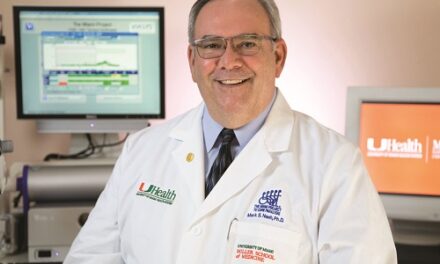 Voluntary Exercise after Spinal Cord Injuries: Equipment and Process that Develops and Sustains Fitness and Health