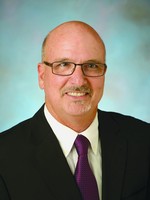 “Many people predicted, particularly with COVID, that we would see a large spike in the frequency of court cases,” explained Matt Gracey, managing director, Risk Strategies. “Over the past two to three years, COVID has affected every trend there is, so it was believed by many experts, including myself, that there would be a tremendous wave of malpractice claims having to do with COVID once the courts reopened and caught up with the backlog caused by the pandemic.”

Surprisingly, this does not seem to be the case, a fact that Gracey credits to state immunities.

“Many states enacted immunities for doctors who were dealing with COVID, and that has been very effective,” he said. “Some of the major malpractice companies have reported no indemnity payments whatsoever for COVID, which is extremely surprising.”

He noted that federal immunities, however, have not been as effective. “We’re seeing claims involving COVID now being filed under Employment Practices Liability Insurance (EPLI) coverage, with medical office employees suing doctors over issues related to COVID, instead of patients suing doctors over these issues,” Gracey explained.

While each state has different statutes of limitations on these types of cases – in Florida, combined with the Statute of Repose, plaintiffs have a four-year liability window except for cases of child malpractice, which extends to the child’s eighth birthday – the conclusion is that the frequency of these cases will remain low across the country.

But while the frequency of cases may have decreased, the severity of awards remains a big concern among malpractice insurers.

“Nuclear verdicts are out of control and we’re seeing that in jury awards around the country,” said Gracey. “Contributing to this is social inflation and millennial jurors without any true value of the dollar.”

In a December 2021 actuarial report by Milliman, a data analysis of the National Practitioner Data Bank (NPDB) showed that the average cost of the 20 largest industry claims throughout the country was $5 million in 2000. In 2021, that average was $12 million.

He noted that the significance of this is that the insurance industry is based on actuarial data, so when actuaries tried to forecast appropriate and actuarily sound premiums for malpractice insurance throughout the country, they’re having difficulty as a result of these outlier claims.

“There are so many of them now, it’s starting to worry everyone in the industry,” said Gracey. “We’re having a much harder time forecasting where this severity trend will go.”

As a result of these nuclear verdicts, insurance companies without strong financial standing are much more likely to settle cases than to fight them because of the fear of these outlier cases and nuclear verdicts. “My recommendation for doctors is to find coverage with the strongest and most financially sound company that they can find,” Gracey added.